While Indigenous peoples across Canada engage in struggles over lands and waters, other battles rage in less visible forms.  Academics analyzing events argue about what led to this world of conflict and about how to resolve tensions.  If it were simply a matter of competing descriptive models one might pass by these debates, but arguably more is at stake than just arriving at the right picture.  Parties attempt to stamp accounts with layers of meaning that reinforce ways of thinking about how people can live in the world. This is particularly evident in the legal arena, as Canadian jurists frame approaches to Crown-Indigenous relations within a specific liberal worldview, while Indigenous peoples argue about the continued existence of their own legal and political authority.  Focusing on the terrain of the law, I explore two ways of thinking of what it is to exist in the world, two ways that animate conflicting descriptive models, and try to get at what this signals for how Canada ‘reconciles’ with Indigenous peoples. 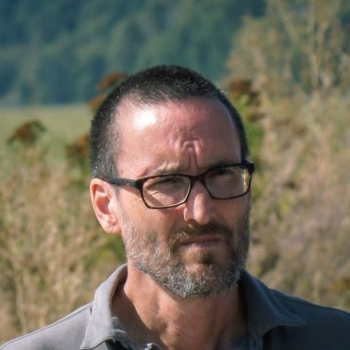 Bio:
Professor Christie is Inupiat/Inuvialuit and specializes in Aboriginal law. He has a PhD (in philosophy) from the University of California, Santa Barbara and a LLB from the University of Victoria.  His teaching is primarily in the fields of Aboriginal law, torts and legal theory, and his research work is entirely concerned with Aboriginal/Indigenous law and legal theory (and their intersection). His most recent work focuses on how colonial systems of cultural meaning frame Canadian jurisprudence around Aboriginal rights.