Exploring the environmental drivers of methylmercury bioaccumulation in the Beaufort Sea

Abstract: Mercury entering aquatic systems can be transformed into methylmercury, a strong neurotoxicant that builds up in organisms and affects animal and public health. In the Arctic’s Beaufort Sea, top predators such as beluga whales—an ecologically and culturally significant species for many Inuit communities—can contain high concentrations of methylmercury. Historical methylmercury concentrations in Beaufort Sea belugas cannot be explained by mercury emissions trends alone, and environmental changes such as sea ice melt have been proposed as potential drivers of methylmercury concentrations in the ecosystem. Here, I explore the main drivers of methylmercury bioaccumulation in various species in the Beaufort Sea food web using an ecosystem modelling software and scenarios of environmental change informed by both Western Science and Inuvialuit Knowledge. This research seeks to identify drivers of mercury variability, highlight knowledge gaps, and make space for different ways of knowing. 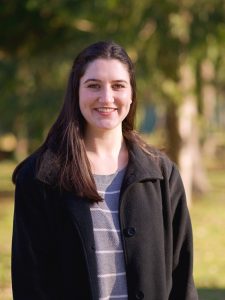 Emma is an IRES MSc student supervised by Dr. Amanda Giang. Before coming to UBC, Emma studied environmental biology at McGill University, where she conducted research on freshwater microplastic pollution and gained work experience as a journalist, field ecologist, and environmental consultant. Through her studies, Emma has become increasingly interested in fisheries, pollution, and policy, and more broadly, the connections between the environment and public health.

Abstract: Climate change is driven in part by the lifestyle choices individuals make every day and yet the emissions associated with these decisions are seldom considered and are challenging for people to conceptualize. My research investigates different ways we can make these emissions more salient and enable individuals to make climate-friendly choices. Personal carbon calculators offer a unique opportunity to provide individuals with information about the climate-cost of different actions alongside personalized guidance for lowering one’s own impact. My research uses online between-subject experiments to evaluate how effective such tools may be for promoting climate action (e.g., personal emission-reducing behaviours, civic actions, and carbon offsetting). Though information provision alone is of course insufficient to address the climate crisis, my findings indicate that boosting knowledge about greenhouse gas emissions may empower individuals to reduce their personal emissions in the immediate future. 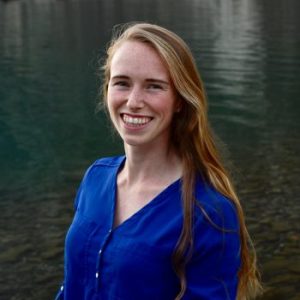 Brynley is a recent MSc graduate at IRES supervised by Dr. Jiaying Zhao in the Behavioural Sustainability Lab and is a co-president of the IRES Student Society (2021-2022). She graduated in 2018 from McMaster University’s Honours Integrated Science program with a concentration in psychology, neuroscience, and behaviour, and prior to joining IRES she worked for BC Wildfire Service and Fisheries and Oceans Canada. Brynley’s current research explores the use of various behavioural interventions, such as carbon footprint calculators and carbon labels, to encourage climate-friendly choices. Whenever she finds the time, Brynley can be found on a mountain or a river: backpacking, ski touring, cycling, and canoe tripping.

Reason and Risk: Challenging the expert-public divide in the risk debates on uranium mining in India

Abstract: For the last two decades, India’s oldest uranium mines have been mired in controversy. These mines located in the Adivasi (or indigenous) land are suspected of having caused adverse health effects on mine workers and the inhabitants of the villages nearby. The controversy has involved contentious claims about the veracity of these health effects, the causes and the linkages with radiation, with different positions staked out by local anti-nuclear activists, NGOs, physicians, physicists and officials from the state-owned Uranium Corporation of India Limited (UCIL).

Perception of risks from radiation has come to acquire a central space in this debate. Some people, mine workers and activists around the mines are convinced that the radiation from the mines is the source of the ill-health they have observed in the area over generations. UCIL dismisses these claims as “myths” rather than “facts” which they, as the scientific-technical expert authority claim to hold in this controversy. Mainstream discourse and some scholars of risk too make a distinction between objective assessment of risk by experts and subjective – value or emotion-based perception of risk by the public. This study adds to the literature in risk studies that questions this objective-subjective binary by looking at the risk debates around Jadugoda’s uranium mines. 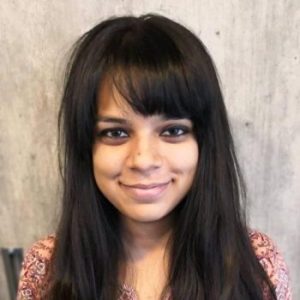 Prerna’s PhD research investigates what cultural, economic and political factors affect people’s acceptance or rejection of nuclear energy in India. She has been engaging with nuclear issues for more than six years both academically and through civil action. Prerna’s Master’s thesis “Normalising Nuclear: A cultural study of how India learnt to love the bomb” was completed at Tata Institute of Social Sciences, Mumbai. It explores how a nation once invested in the Gandhian ideals of non-violence came to embrace a weapon of mass destruction from a cultural studies perspective. Her experience with various social movements drives her passion for socially relevant research and creative projects. She is also a documentary filmmaker and is interested in exploring the relevance of the form of documentary for research in social sciences. Her previous documentary films include: “Kadak Bai”, the story of a daily wage female worker who struggles to feed her family during India’s demonetization and “Like Dust We Rise”, the struggles of contract sanitation workers at the Bombay Municipal Corporation.