Taxi apps, regulation, and the market for taxi journeys

This paper attempts to provide a starting point for discussion on how smartphone-based taxi applications (‘apps’) have changed the market for taxi journeys and the resulting implications for taxi market regulation. The paper focuses on the taxi apps and their impact on taxi markets. It provides a brief history of taxi regulation before outlining the underlying economic rationales of its current form in many parts of the world, characterised as the “QQE” framework (quantity, quality and economic controls on operators). It argues that current regulation assumes that taxi markets are subject to three sets of problems that require correction by regulatory intervention, namely: those associated with credence goods, problems related to open access and those resulting from transactions occurring in a thin market. It is then proposed that taxi apps solve both the credence good and thin market problems whilst largely mitigating the problems associated with open access. The paper then presents some potential problems for taxi apps, namely the potential for instability on supply and demand sides, collusion and monopoly. It also discusses concerns about driver background checks and safety. The paper concludes by arguing that instead of restricting the growth of the taxi market, regulators should focus on reducing the likelihood of monopoly and collusion in a taxi market led by apps. 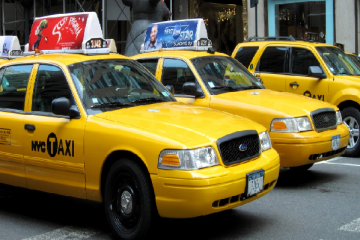