The developed world has pledged to mobilize at least US $100 billion per year of ‘new’ and ‘additional’ funds by 2020 to help the developing world respond to climate change. Tracking this finance is particularly problematic for climate change adaptation, as there is no clear definition of what separates adaptation aid from standard development aid. Here we use a historical database of overseas development assistance projects to test the effect of different accounting assumptions on the delivery of adaptation finance to the developing countries of Oceania, using machine algorithms developed from a manual pilot study. The results show that explicit adaptation finance grew to 3%–4% of all development aid to Oceania by the 2008–2012 period, but that total adaptation finance could be as high as 37% of all aid, depending on potentially politically motivated assumptions about what counts as adaptation. There was also an uneven distribution of adaptation aid between countries facing similar challenges like Kiribati, the Marshall Islands, and the Federated States of Micronesia. The analysis indicates that data allowing individual projects to be weighted by their climate change relevance is needed. A robust and mandatory metadata system for all aid projects would allow multilateral aid agencies and independent third parties to perform their own analyses using different assumptions and definitions, and serve as a key check on international climate aid promises. 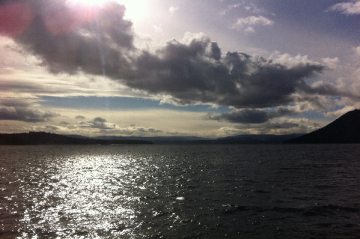