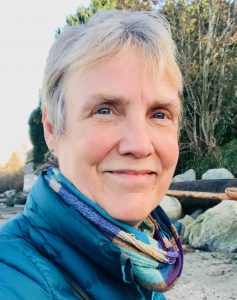 I am inspired by my experience as a leader of complex interdisciplinary research and education and my in-depth knowledge of chlorine biogeochemistry, environment and sustainability.

What kind of knowledge is needed, used and trusted? How does the knowledge used impact perceived solutions? How might we help decision-makers and the public ‘unpack’ assumptions, values and preferences that are embedded in such knowledge? What might a more equitable chemicals management system look like?

Advice to students who wish to work with me

Students who hope to work with me should share my enthusiasm for an interdisciplinary approach to improving expert-based policy advice. I welcome applicants from a variety of academic backgrounds — law, indigenous studies, toxicology and chemistry, for example — who want to join my team of scholars challenging the silent winnowing process that leads to the exclusion of evidence that clashes with dominant science, such as Indigenous knowledge. Indigenous students are warmly encouraged to join our team, not least our most recent project on the weaving of Indigenous knowledge with existing practices.

The Egesta Lab is specifically targeting expert disagreements surrounding how to evaluate the potential harm posed by micropollutants and microplastics. Determining which kind of information and types of harm should be used when evaluating such substances remains a contested area. Finding ways to move forward when there is a struggle for epistemic authority is crucial. Working in close collaboration with Indigenous experts as well as experts in regulatory agencies, I invite students who can help strengthen the ability to handle a diversity of perspectives. In fact, the inclusion of differing perspectives can make decision-making more robust, actionable, rigorous, and democratic, not least because of an increased ability to understand and mitigate risks.

In IRES, we receive an overwhelming number of emails from students across the world. Many are of mass-mail type. This is not a wise approach if you wish a recipient to respond to your email. Like most of my colleagues, I will not respond to this type of email. It is not sufficient to say that you are interested in ‘sustainability’ or ‘interdisciplinarity’– you need to be more specific and it is wise to read up on your potential supervisors’ websites before sending them an email. Note: it is wise to go to the professor’s website to check their preferred pronoun before sending an email starting with the greeting ‘Dear Sir’.

You can find many potential supervisors at UBC here.

I encourage you to use keywords to search on the site for topics that match your interests. Having found a few suitable supervisors, search for their publications and read at least three papers from each potential supervisor. If you are not affiliated with a university you can access most papers via SciHub. Then use their website to contact some of their current and past students.  These students can tell you if the university and researcher have been supportive and met their needs — or at least highlight some of the challenges you will need to address if you get into that program. Once you have completed all this research, decide who you would like to work with and contact them. When you write to the professors, mention their work explicitly to show that you understand what they do and that you are not just writing to them at random. How you approach this step in your search for a position is critical to finding a supportive mentor. Also, do seek peer support or guidance on this process from your current school’s program advisors/ professors/ teachers.

A large number of students apply to the RES program, so competition is fierce. Please check your eligibility here

It is important that you check that you meet our minimum criteria.  If you are eligible, the admission committee will review your academic background and your proposal. We also require a CV and we assess funding options. It is not required to bring your own funding (and having funding does not guarantee that an applicant is accepted). The funding situation for international students in Canada is unfortunately rather disappointing. Hence, if you write a strong proposal and you have secured funding from elsewhere, your chances of getting accepted increase. Details regarding the formalities are found on IRES website and if you still have further questions on such issues, please contact our graduate program manager. 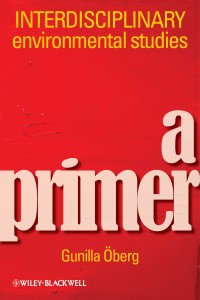 Diana Bedolla Lopez (MA) How to assess the effectiveness of science and risk communication training events?

Alkan Olsson, Johanna (PhD). 2003. Setting Limits in Nature and the Metabolism of Knowledge – the Case of the Critical Load concept. Linköping Studies in Arts and Science nr Linköpings Universitet. ISBN 91

Connor Robinson 2020 (MSc) Sustainability assessment of biosolids vs biochar for land application. A case-study of CRD, BC, Canada

Ahl, Helga. 2005. Theory and practice. A study of the Swedish forestry administration board and its procedures for protecting land. (In Swedish). LiU Norrköping. Environmental Science Programme.

Larsson, Anna. 2004. Environmental goal assessment – not as simple as it sounds. A study of roles and communication in the Swedish environmental administration. (In Swedish). LiU Norrköping, Environmental Science Programme. LIU-ITUF/MV-D–03/31—SE

Madelaine Johansson, 2003. Environmental goal assessment in the county of Östergötland – a study of areas of conflict within the frame of regional environemental assessment work. (In Swedish). LiU Norrköping. Environmental Science Programme,. LIU-ITUF/MV-D–03/10—SE

Gustaf Ebenå, 1997. Influence of nitrogen on netformation of organic halogen during degradation of soil. LiU Linköping. Department of Biology.

C.J.M. van den Biggenlaar. 1990. The use of sum-parameter measurements of anthropogenic organic halogens compounds in the Netherlands and Germany and the influence of naturally produced organohalogens. University of Agriculture, Wageningen.
go to the top

Gustav Ebenå. 1995. Development of a method for studies on the influence of reactive chlorine on the degradability of lignin (in Swedish). Department of Biology, LiU.

Pia Kersna. 1992. A studie of the content of TOX in plants and its contribution to such compounds in soil (in Swedish). Department of Biology, LiU. (10 p)

For science students, the aim of this course is to grapple with the role of value-judgements in science and how it is plays out in their own field of research

For humanities students studying the scientific enterprise, the aim is to grapple with the communication barrier between science studies and the scientific practice.

Through the use of historic and contemporary cases, students will work in mixed groups to jointly seek ways to navigate the divide between the two communities.

Background: It is well documented that scientists on opposite sides of a policy-relevant scientific controversy commonly perceive the other side as biased but see themselves as objective. More data and rigorous analysis rarely resolve such conflicts, yet the expectation is that it is possible to reach consensus. This expectation hinges on the idea that the scientific enterprise is free of values and that science is a deliverer of irrefutable facts. Numerous studies show, however, that value-judgements are not only unavoidable but also a necessary component of rigorous science, particularly in areas defined by uncertainty (known unknowns) and ignorance (unknown unknowns), which are common in complex fields such as health, environment, communication, safety and planning. Value-judgements are a necessary part of rigorous science in such fields because 100% certainty will never reign. Different scientists will need to decide how much evidence — and what type – that is needed to draw a conclusion, and an inductive leap must be made from evidence to conclusion. Consensus is therefore not always possible and probably not even desirable. Yet, little is known about how to sensibly navigate this terrain.

While science studies scholars have demonstrated beyond doubt that value-judgements are an integral part of science, most scientists define ‘good’ science as objective and value-free in part because few scientists are familiar with these findings and in part because of a wide-spread distrust among scientists about claims made by philosophers. Even so, philosophy of science education rarely includes questions related to communication obstacles between practitioners of the natural sciences and science studies scholars. In this course, students will grapple with this double challenge.

Sustainability for Community and the World (SCIE420)

Gunilla Öberg and Sarah A. Mason-Renton . 2018. On the limitation of evidence-based policy: Regulatory narratives and land application of biosolids/sewage sludge in BC, Canada and Sweden. Environmental Science & Policy 84: 88-96.

Daniel R. Klein, Ghazal Ebrahimi, Lucas Navilloz,  Boris Thurm, and Gunilla Öberg 2014. Water Management at UBC. Background report for the project: Would it make sense to develop an integrated resource management strategy for UBC, using a water lens? Vancouver, BC: Program on Water Governance. Click here for a web-based version of the report.

Margaret del Carmen Morales*, Leila Harris and Gunilla Öberg. 2014. Citizenshit – The Right to Flush and the UrbanSanitation Imaginary. Environment and Planning A 46: 2816 – 2833

Jacqueline A. Belzile, and Gunilla Öberg 2012. Focus Groups. In: Measurements, Indicators, and Research Methods for Sustainability. Berkshire Encyclopedia of Sustainability 6/10.

Jacqueline A. Belzile and Gunilla Öberg 2012 Where to begin? Grappling with how to use participant interaction in focus group design. Qualitative Research 12 (4): 459-472

Margaret Morales and Gunilla Öberg, 2012.The Idea of Sewage as a Resource. An Introductory Study of Knowledge and Decision Making in Liquid Waste Management in Metro Vancouver, BC. Canada. UBC’s Program of Water Governance Report.

Öberg, G., Börjesson, I. and Samuelsson, B. 1996. Production and mineralisation of organically bound halogens in relation to soil pH. Water, Air and Soil Pollution, 89:351-361.

(Change of surname from Asplund to Öberg in 1996)

Hjelm, O., Johansson, M-B. and Öberg-Asplund, G. 1995. An analysis of the sources and distribution pattern of organically bound halogens in soil from a coniferous forest soil. Chemosphere 30:2353-2364.

Asplund, G., Christiansen, J.V. and Grimvall, A. 1993. A chloroperoxidase-like catalyst in soil: detection and characterization of some properties. Soil Biology and Biochemistry 25:41-46.

Asplund. G. 1992. On the origin of organohalogens found in the environment. Ph. D. Thesis. Linköpings universitet studies in Arts and Science, nr 177. ISBN

How to cope with diverging scientific thought styles – challenges and perspectives on endocrine disruptors. Plenary lecture at seminar ’25 Years after Our Stole Future’ arranged by the Society of Toxicology Canada (STC) and the Intersectoral Center for Endocrine Disruptor Analysis (ICEDA), June 10, 2021